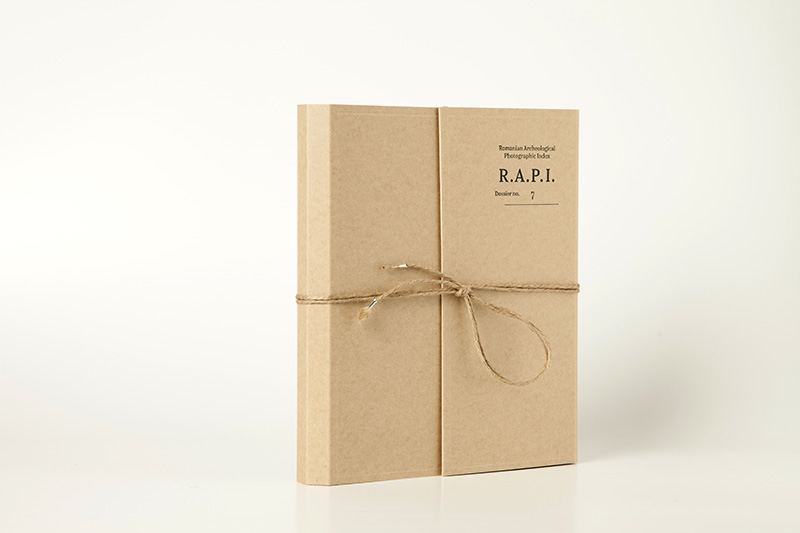 The Romanian Archeological Photography Index was begun three years ago through the exploration, excavation, photographing and recording of objects found in Romania dating from the time of the two world wars. It saw Bogdan Gîrbovan and Michele Bressan set out in the footsteps of the “magnets” – the locals who search for objects dating from the two world wars in order to sell them as scrap.

The project takes place on three levels. First, there is the presentation of the landscape, which is taken to be their working perimeter. Then, the objects are located, dug up and photographed in situ. These are then removed from the environment in which they were found, i.e. they are decontextualized, and photographed in a controlled environment. Through this latter, objective representation of form, they acquire a clear abstract quality that is suggestive of other forms of interpretation. Together, the three layers comprise a series of archaeological episodes in which photography is used as a means of documentation and a tool of study.

The R.A.P.I. is an archive of these explorations and has been organized into reports on each of the areas studied with a vast accompanying photographic archive of the objects found. The project thus seeks to recover artefacts that serve to define the historical identity of the places in question. This endeavor involves the historical valorization of the remnants left in the field, thereby establishing a connection between landscape and the scenes that took place there, using metal remains with the value of witnesses.

The field trips, and especially the acts of disinterment, comprise the performative structure of the endeavor. The voyeurism inherent in the act of bringing back to the surface objects buried in earth and time produces a new historical mapping, while also complementing that which already exists.

** The use of a metal detector took place in keeping with current legislation and in possession of a permit issued to this end. All live ammunition found was declared and handed over to the authorities.

Michele Bressan: It all started with a brochure, The Accursed War, an online document written by an ex-soldier who now works as a teacher in Răucești, a village just outside Târgu Neamț, in Neamț county, right next to Făgețel Forest. We went into this forest, which is home to the monument to the war hero Trofin from Făgețel. I’d seen a photo of it before showing him with machine gun in hand and a cross, on which was written: “With your gun you come to save…” Someone who saw us looking at the monument asked whether we were interested in it. I said, “Yes, we are interested and we’re taking some pictures.” To which came the reply, “Come on then, let’s go see the hero’s widow”. And the hero’s widow began to sing for us a song, the words to which she had made up herself – a song about tanks, planes, Germans, bombs, rockets… [….]

Bogdan Gîrbovan: I found it fascinating that you can take an instrument that makes beeping sounds (that’s all it does, make beeping noises, either higher or lower in pitch) and with it you can capture images of what lies beneath the earth. It made me think of gravity, and how nothing escapes it: neither us nor the trees nor the forests. Where does it all go? Into the earth. I knew what I was looking for. And yet I was challenged by the fact that the imagery was being drawn downwards. I found this to be fascinating – that photography is also subject to gravity. So, for my part, I was more drawn to the conceptual side of things.

(taken from an interview published in Decât o Revistă magazine, issue no. 23, April 2016)

A hybrid object, at the crossroads between history book, photography book and family photo album, this is R.A.P.I. in published form. The final product will contain a wide variety of information and texts intended to create a mapping between the published object, the reader, the authors and the wider context of memory. The design and layout is the work of Matei Câlția.

This entire project was made possible with the financial support of the AFCN, as well as the support of the following partners: Radio România Cultural, Revista Arta, Scena9, Graphic Front, B-Critic, The Institute, Cărturești and The Gallery Weekend.