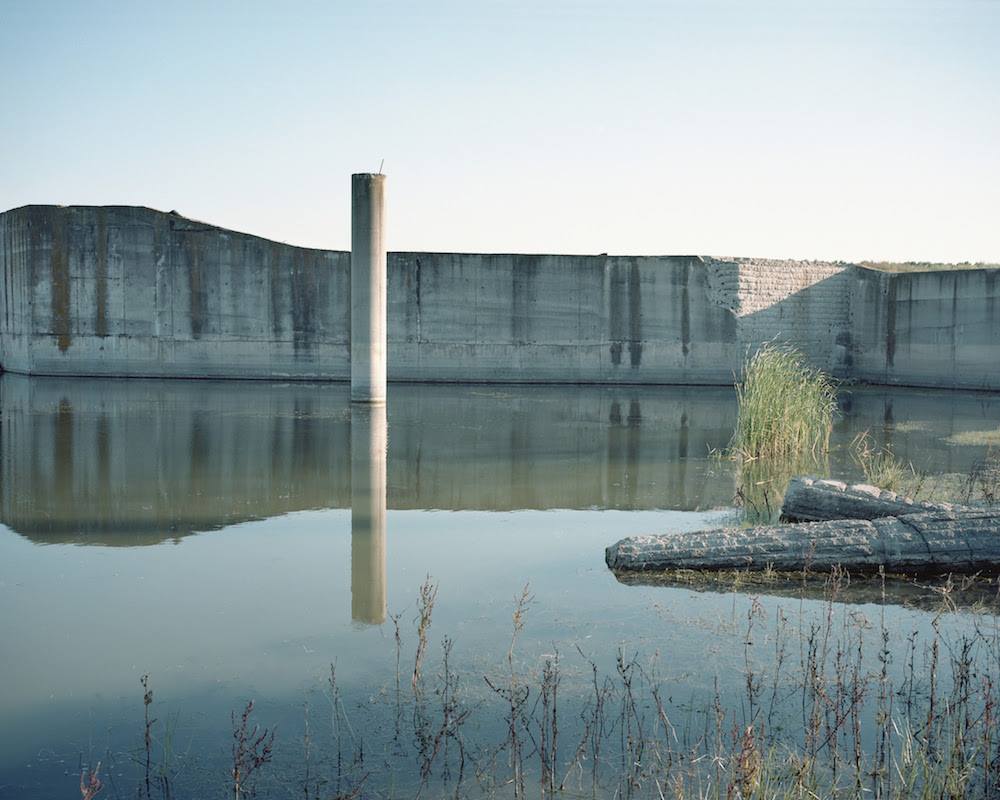 D PLATFORM is an artistic research project that forms part of the recent trend of renegotiating the relationship between natural and cultural values. The project takes place in the Danubian space, a space that can be interpreted as a heterotopia or as a place of meeting and confrontation between cultures, civilisations, individual destinies, ideologies, technological innovations and different temporal strata. The project’s areas of interest include: the exploration of post-communist Danubian towns with cliffs, water fronts and still functioning or abandoned industrials areas; the relationship between communist architecture and ancient utopias; an investigation of citizen involvement in the life of the city; an analysis of the premature ageing of the recent built environment; and a highlighting of natural and cultural resources, as well as reserves of beauty and authenticity.

The current exhibition, serving as a preview of the research project, presents an archaeology of this topos, whether in the form of a reparative cartography of the Romanian section of the river, the longest and yet most neglected part of the Danube (Daniel Ghercă); an account of the collapse of the fortress of Ada Kaleh versus with the revenge of nature on the island of Șimian (Lucian Bran); a digital reconstruction of the Danubian space with the aid of Google Street View (Bogdan Bordeianu); a case study of the channels of the Sulina region and the recurring confrontation between the abandoned and still populated banks of the river (Andrei Mateescu); the use of landscape as a pretext to dissect an act of viewing – the superimposing of technically mediated images with temporal layers and affective memory (Iosif Kiraly); or a re-enactment of the hard labour performed by the prisoners working on the Canal, forced to dig four square metres of earth each day (Valentin Cernat and Mihai Șovăială).